skip to main | skip to sidebar

I hope you all feel as welcome here as you would on a front porch, in Boerne Texas, sippin' on a glass of ice cold sweet tea. Yep that's right, I am a Texas country girl!

This blog will be a place you can come to get to know me as a photographer as well as a person. Updates on my latest sessions as well as a sneak peek into my home.

Please visit often and feel free to send me a note. I would love to hear from you.

Most of you know I am a mom to 4 boys 8 and under, we homeschool, I am a coach's wife, (this is of course BUSY season..playoffs), and in my spare time...HAHA ...I am a photographer! It is hard to find time in my day to just enjoy photography and spend time playing with photoshop and all the different ways I can be creative. So up to this point I have kept it on a "need to know basis" Meaning I learned just enough to do what I need to for my clients, no fluff, or creativity simply basic prints.
But lately I have been able to catch a minute here or there and experiment with the VERY BROAD world of photoshop and found I can do more than "just" a print.....of course I have just touched a TINY portion of what PS has to offer 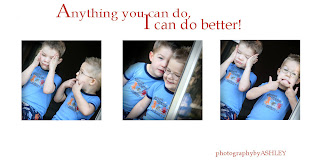 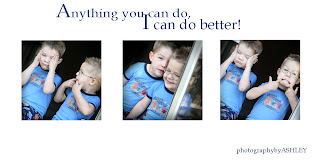 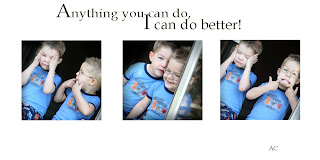 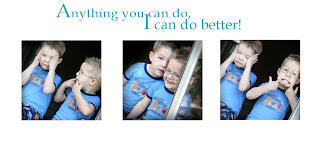 photographybyASHLEY is celebrating it's 1 year ANNIVERSARY! 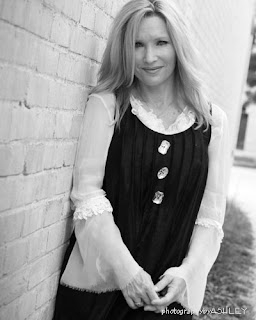 Let me give a HUGE thank you to my family, mainly my husband David, for supporting me in this endeavor. This was not a decision made lightly. We prayed for over a year before the door opened to begin this journey. There were many times I became anxious and the doors closed, so I continually laid it before the Lord to surrender it to His timing if it was to ever be. Even now I surrender it to Him, if it is His will for me to give it up for a time, or even forever, His will be done!
THANK YOU to all of my wonderful clients! You have made this passion, which was a dream for so long, real and tangible. I am thankful to each one of you that you took a chance on me and allowed me to be part of your family and your memories. I specifically want to thank Carey West for sending out a mass email to everyone in Houston, and some, with my name and information as well as a raging review all the way from Washington DC. Thank you to Teresa Pettit, and her adorable children who were my first clients, you can't go wrong with kids as cute as the Pettit's. She too mass emailed her friends with a review. Thank you to the Partida family for allowing me to use the pictures of their session on all of my advertising in 2008.
A brief synopsis of my year. I purchased my SLR, and first digital camera, August '07 and was determined to learn the art of photography on the manual settings. I almost gave up a few times it was so frustrating trying to learn so many new things, especially while raising 4 young children, and to top it off we began homeschooling our two oldest. I only had so much time to devote to learning, I hate being interrupted and would almost not even start if I can't finish, you can imagine how many interruptions there are in a house with 4 boys.... SO that meant MANY MANY late nights and a lot of failed attempts, but I couldn't quit I was too determined. I began posting my pictures on FLICKR and a friend, (mentioned above) saw my work and sent out a mass email. January '08 I had my first paid session, another week and another mass email and I began receiving emails to schedule sessions. Even though I was new to this world it was exactly what I needed to improve, PRACTICE PRACTICE. And improve I did! Throughout the year sessions were sporatic, some months much busier than others. August '08 I helped shoot a wedding, which was a lot of fun as well as hard work. The wedding itself was a blast, it was the hours after that which was hard. That same weekend I had the honor of taking family and individual portraits of a very dear family. I am known as their "adopted daughter"! The year after I graduated, this wonderful family moved from New Jersey, the Dad had a great career at Nabisco, but God called them to Texas to run another company. I am so glad He did because I spent the year as their nanny, but ultimately as their friend and now family member. The Mother, who is also my dear friend, is an amazing singer/songwriter. She has produced several albums and partners in leading praise and worship at their church. I was overjoyed when they asked me to take their family portraits, which I enjoyed thouroughly, as I have known these now 20 and 13 year old boys since they were 9 and 2. The honor was just beginning though, I also spent the day photographing the Mom, (who loves the camera, and the camera loves her) for a professional shoot for the cover of her most recent album...I feel like a giddy school girl! When it is released I will make sure to post it! October '08 came and with that brought a few Senior portraits, OH SO FUN. They actually look at the camera and do not run away....at least mine did not. As Fall '08 approached people realized the urgency to get their Christmas pictures, I had 7 sessions in the month of November, I didn't get any sleep that month but managed to capture some beautiful portraits. Let's spread it out a little more 2009 could we please???? LOL
Early on in 2007 for the ease of clients, and potential clients, I set up a decent website which made it easier for people to get information about me as well as set up a session. January '09 I was able to set up a brand new website, same address, same photographer but much more fun to look at. With the updated site I have also heard the voices of my clients. Over the year I have learned a lot about what they want in a photographer as well as what they want me to offer. So with a new website came

less complicated and offers more for you as the client.

Also for a LIMITED TIME a special thank you to the clients of 2009. If you paid the $100 session fee in 2008 and purchased just one print I am offering you the chance to purchase a DVD/CD of the images I offered from the session in 2008 for only $100, plus tax. Those images would be on a disk for you with all rights to reproduce! If you had more than one session in 2008 you may purchase each CD for the $100. This offer will expire March 8, 2009. Please allow up to 4-6 weeks to receive the disk after order is made.

Posted by photographybyASHLEY at 12:34 PM No comments: 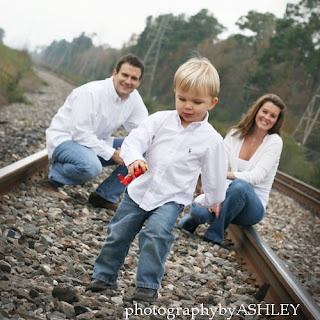 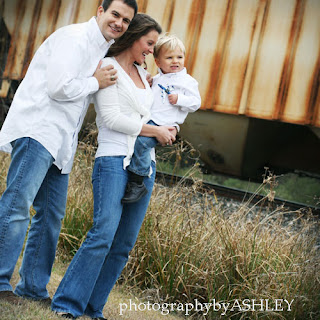 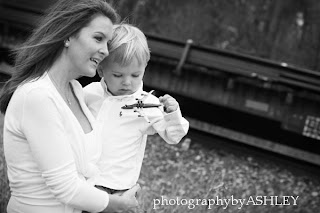 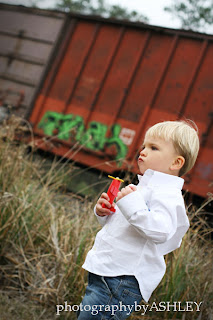 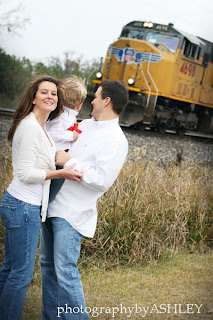 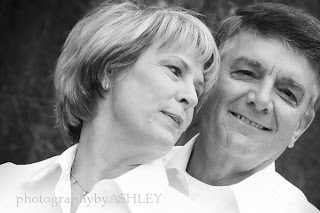 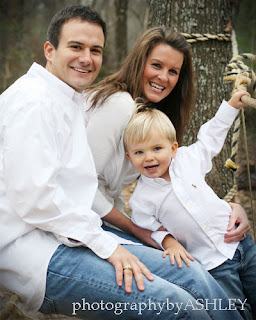 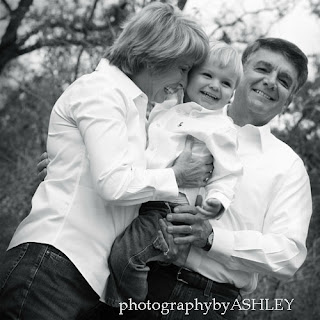 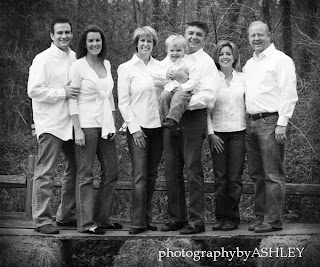 This family recently moved to Singapore but she swore she was going to hire me to photograph her family of 3 as soon as they returned. They came in for a short visit and sure enough we set a date.
We found some great locations for their family of 3 and we also had grandparents and an aunt and uncle along for the fun. After our first stop we found a great spot with a train track, perfect for some shots.....shortly after walking towards the tracks an airplane flew overhead...but then the real fun began...Chug a chug a chug....HOOO HOOOOO.... a train was coming. Which added a ton of adventure to the day not to mention great family shots with a real train. I guess we actually missed out on the automobiles but we had a great time.
Posted by photographybyASHLEY at 10:57 PM 1 comment: 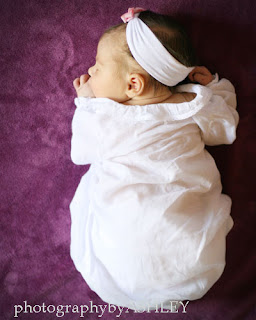 This is a place where you will discover more about me. Not just the business, but who I am as a photographer as well as a person.

Please visit often, I will be posting my recent sessions so you will be able to see more of my work beyond the website.

I am so excited about my updated website,
http://www.photography-by-ashley.com/
My pricing section has an entirely new look. Less complicated which is more like me. The options available are more client friendly!
Posted by photographybyASHLEY at 12:33 PM No comments:

photographybyASHLEY
My husband and I have been married since 1999. We are still so in love! I enjoy hanging out with him and sharing every aspect of my life. We have 5 wonderful boys. I would say they give me a lot of practice but you know the saying, "the shoemakers kids never have any shoes"..almost true. They get tired of me chasing them around with a camera and when I am with them I just want to enjoy them...I can no longer just take a snapshot, it becomes work and then I stress everyone out! I love capturing a great moment. I am always amazed that I can get so excited about the color, lighting, expression, composition of a picture. It really does fill a part of me. Last but certainly not least...I am in love! With my Lord and Savior Jesus Christ. I do not require my clients to share my faith, nor will I preach at you. I do hope everyone I meet can sense the love overflowing from me, not because anything I have done but because of His amazing, redeeming love which has saved me and brought me into His Holy presence.